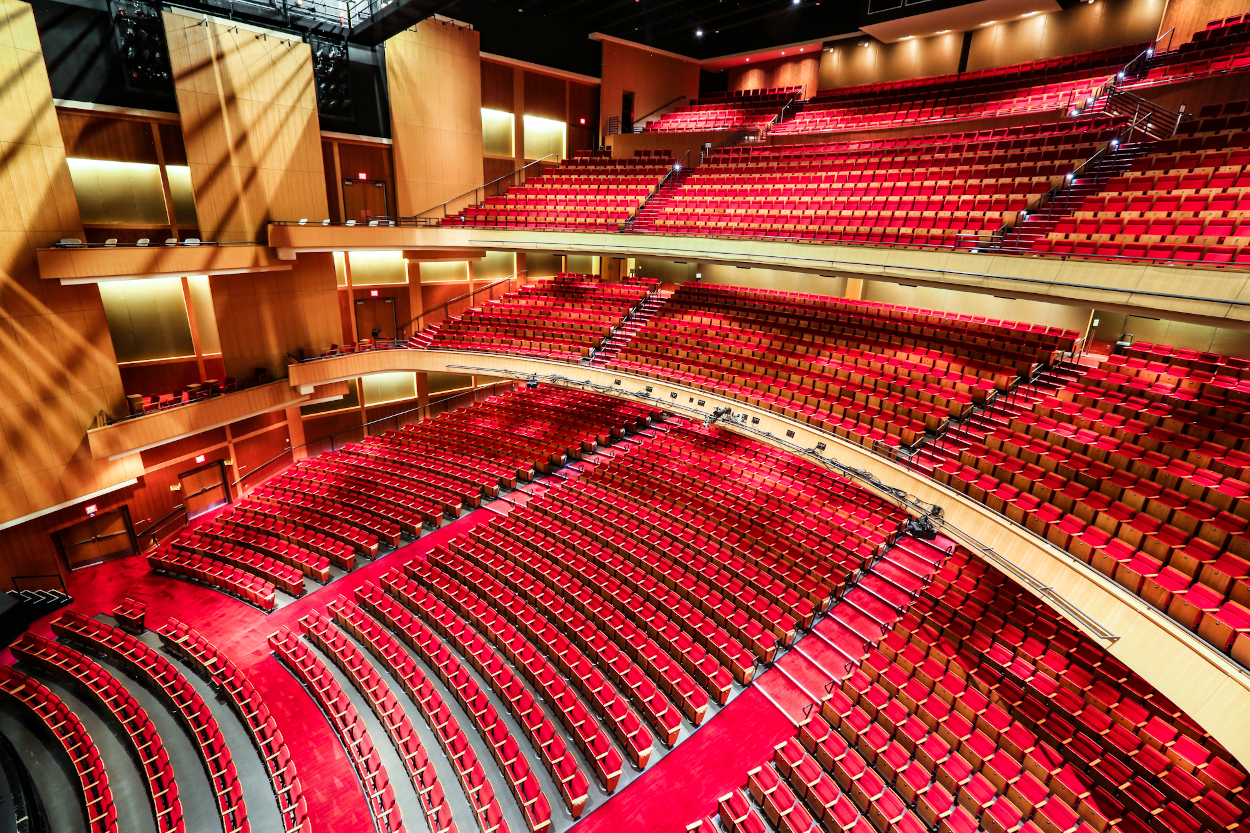 The Durham Performing Arts Center (DPAC) opened on November 30, 2008, as the largest performing arts center in the Carolinas. The venue had an estimated cost of about $48 million and has gone on to find success with over 200 hosted performances every year including touring Broadway productions, big-name concerts, comedy events, holiday shows, and festivals, and more. The venue is even, along with Duke University, the current host of the American Dance Festival every summer. The venue has received several honors over the years including being the #1 performing arts organization in the Triangle region by the Triangle Business Journal, and three listings in Pollstar magazine’s top 50 worldwide theater attendance rankings. DPAC has also been named the #1 U.S. Theater with a capacity under 4,000 and ranked #4 compared to all U.S. Theaters. The venue has even recently celebrated surpassing 3 million visitors on August 16, 2016.

The venue began in development by the American Center for the Performing Arts Associates, a joint venture that was wanted a venue to help revitalize Durham’s downtown area. The theatre was built with 2,712 seat capacity and had its opening night concert with B.B. King. The venue is owned by the city of Durham who negotiated a theater operation agreement with Nederlander Organization and Professional Facilities Management who promise a minimum of 100 event performances per year. Though plans were put in place that the operating company would absorb losses during the early years of its existence, the venue has been a resounding success. It far exceeded attendance projections and gross revenue to the point that the city of Durham’s 40% share of net income during the 2009-2010 period was over five times their initial projection.

The venue has also helped North Carolina’s hospitality and restaurant industries grow, despite the 2008-2010 recession, with five restaurants opening in downtown Durham close to the theatre since its opening, as well as a huge spike in pre- and post-show dining in the area. North Carolina, thanks to Durham, was even ranked as the third-highest state in hospitality job growth according to the Bureau of Labor statistics. CNN Money and Fortune Magazine ranked the city of Durham as number one in its “25 Best Places to Retire” lists because of the positive income in the region and the prosperity that followed for residential areas. The Triangle Business Journal concludes that DPAC is a contributing factor “to the growth of leisure and hospitality jobs in North Carolina…”

DPAC’s success has had some controversy to deal with. Some were concerned that the American Dance Festival was not initially granted a small black box theater. But in 2009, festival staff said that the larger theatre DPAC provided solved many complaints about their previous space at Duke University. Complaints about the facilities seating and carpeting were also solved in 2017, with $1.8 million renovations that removed faulty seats and updated the carpeting. There was also concern from Triangle arts supporters that DPAC would hurt the nearby Carolina Theatre, which was also owned by the city of Durham as well as the Progress Energy Center for the Performing Arts in Raleigh. But DPAC owners answered these concerns with co-promotion opportunities and policies that led to The Carolina Theatre ranking in the top 100 attended theatres in the world list for the first time in its history on July 16, 2012, three years after DPAC’s grand opening.

DPAC was intended to help build a stronger downtown Durham, North Carolina, and by all estimates and metrics, it looks like the efforts were a complete success.

Below are useful pages for further information on the Durham Performing Arts Center:

Ticket Policies:
Read the latest industry leading ticket guarantee and ticket authenticity policies when purchasing from tickets via this website.